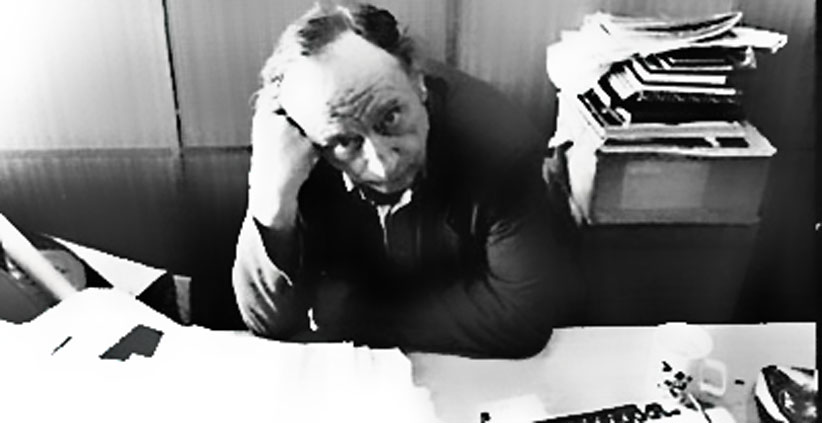 Those who loved and respected him the most wrote about him:

He paid for everything he took

“Even those of us who will never die must keep saying that we will all die, out of consideration for those who will die“, said the highly considerate poet of Belgrade, journalist, thinker, and the “grumpiest” of all children – Duško Radović.

Those who knew him say that his name Dušan derives from the word “duša“ (soul) and his surname Radović derives from the word “radenost” (diligence), and that this is not a coincidence but destiny.  The author of “John Peoplefox” and “An Awesome Lion” strove to free us from stupidity, authorities, bad habits, insensitivity to kindness. This is obvious in his books of poems and aphorisms, the texts of iconic programme “Good Morning Belgrade”, his quotes used by children trying to explain themselves and the world.  His friends keep assuring us that there was nobody who looked less like a child, but with a child’s soul.

“Radović wrote stories and poems, announcements and sign-offs, songs and skits, kitchen proverbs and picture books, aphorisms and advertisements, synopses for films and celebrations, city sanitation company campaign slogans, marriage registration text, etc.” “People say that he did not like being called a poet, although he had been granted  Andersen and Zmaj Awards and was a poet pioneer in fighting social realism.  The establishment did not like him much either.

He was often in disfavour because of his sharp and caustic messages, and misunderstood even posthumously (for example, in the case where the Slovenes attributed his work to a “new name”). However, Duško Radović, the greatest Zmaj’s successor, has not been “erased” like an awesome lion from his famous poem even 15 years later. He paid for everything he took - perhaps because, as he claimed, he went through life as one goes through a supermarket.

The works of this author have been translated into all major world languages.  Radović is the recipient of the prestigious awards:  Marigold, Young Generation, Zmaj Children Games Award, Sterija Theatre Award, Seventh of July Award, and the scroll of honour of the Hans Christian Andersen International Organisation of Children`s Literature.